The Booker Prize winner, 75, was speaking at an event at the Chautauqua Institution at the time. New York State Police said a man ran up onto the stage and attacked Mr Rushdie and an interviewer. Police detained a suspect named as Hadi Matar, 24, from Fairview, New Jersey.

According to New York State Police, Salman Rushdie was stabbed at least once in the neck and once in the abdomen and is still undergoing surgery. 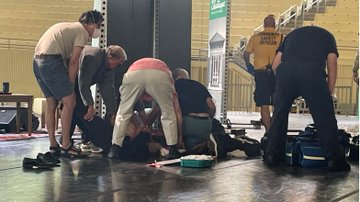 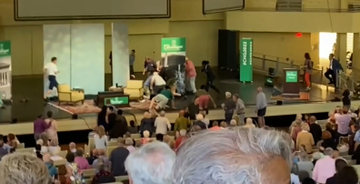 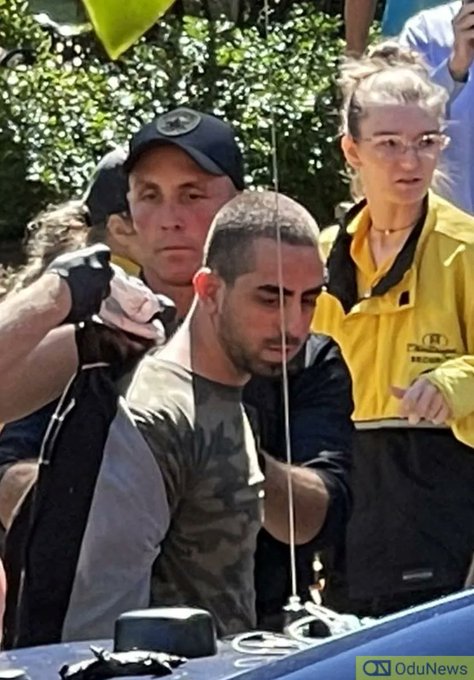 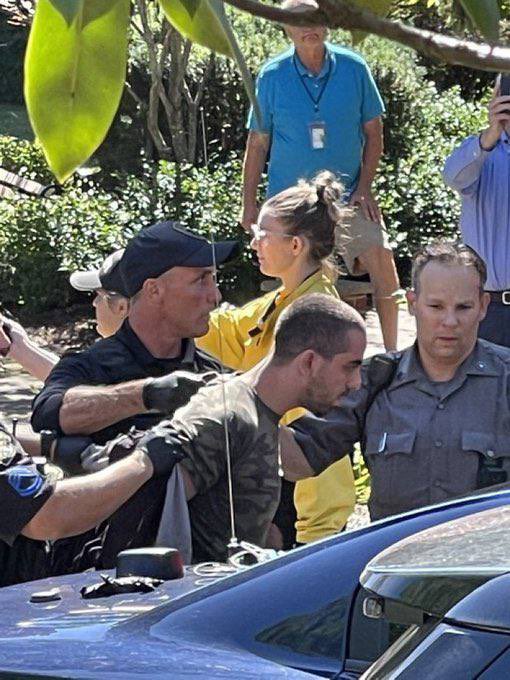 Who is Hadi Matar ?

Salman Rushdie’s attacker was 24-year-old Hadi Matar from New Jersey who had major sympathies with the Islamist nutcases who run Iran. It was Iran’s Ayotollah Khomeini who ordered the fatwa on Rushdie 33 years ago.

The New York police have identified the attacker as a 24-year-old man named Hadi Matar, and is believed to be a strong sympathiser of the Islamic Republic of Iran.

LinkedIn tells me he is probably of Lebanon heritage. He drove from New Jersey to Chautauqua New York State on the Canadian border.

Let me save you some time about who Hadi Matar really is.#SalmonRushdie pic.twitter.com/RJk912EfiM

Mario Hernandez wrote
Was it the follower of the desert Prophet from the mid-east? Was it a Christian Nationist, A Muslim extremist, or zionist. You know I get my religions confused.

kc wrote
I assume your avatar is meant to be ironic. John Brown was a religious extremist.

Billy Bolton wrote
Rushdie needs better security. Strangers should not be able to get that close to him. There is still a bounty on his head.

Elizabeth Shaw, Ph.D. wrote
This makes me sick to my stomach. Rushdie is one of the greatest modern writers. Satanic Verses is a masterpiece. It is not offensive to anyone. I hope he survives.

Lewie Magarshack wrote
You don’t get to decide what offends people. But offended people have no right to do that.

Brad Fisher wrote
Send him back to Syria or wherever he came from. Allah needs his services there, not in d free world!

Simon Winterburn wrote
Looks like the cops the the FBI missed preventing this crime. What precisely are we giving the cops all this money for?