A federal judge in Georgia is sentencing the 3 white men convicted in the murder of Ahmaud Arbery. Travis McMichael got a life sentence on federal hate crimes and kidnapping charges. The other two will learn their sentences later this afternoon.

BREAKING: Gregory McMichael was sentenced to life in prison for federal hate crimes in the murder of #AhmaudArbery.

Both he and his son Travis will now serve double life sentences, after previously being convicted on state murder charges. pic.twitter.com/iov72U6GcB

Marcus Arbery, father of Ahmaud Arbery, after his son’s killers claimed that they feel unsafe in state prison: “We don’t want no mercy.” “They didn’t even give him a chance to finish his run… and you’re asking for the court to send you somewhere where you can be laid back?” 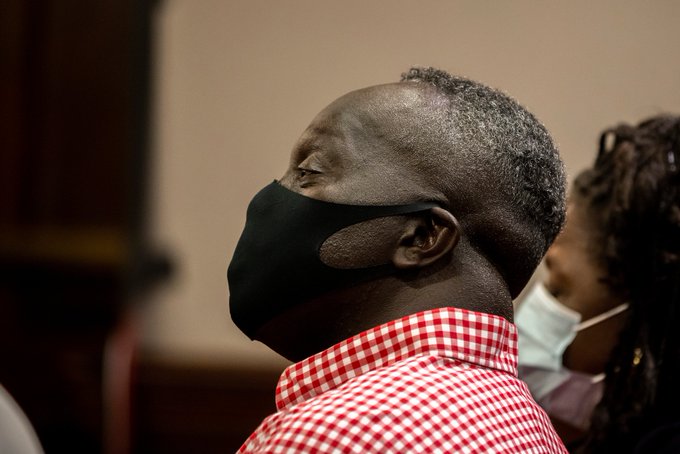 All they (or anybody for that matter) had to do was just leave people alone. So many lives ruined & so much pain because they couldn’t “live & let live”. Everybody could be home with their families now.

weburrito wrote
Too many ppl are serving in federal prison and not state prisons. They need to suffer, not get pampered. (Not that being in any prison is a piece of cake)

Sanjuro Tsubaki  wrote
Prison shouldn’t be around to make people “suffer” no matter how heinous the crime. Having their freedom taken away should be enough in a civilized society. In his case, he won’t get the chance to rehabilitate and enter back into the world. That’s a harsh but fair sentence.

LimaCharlie wrote
Why would he request federal prison as opposed to state? Is there an upside to federal?

Marianne wrote
Federal usually houses white-collar criminals such as money laundering, fraud while State prisons hold the rapists, murderers, gang members. He didn’t want to be included with his fellow murderers although he hunted down a black man like an animal & killed him b/c he’s a racist.

Cain wrote
—I’d like to know what punishment/consequences have befallen the original prosecutors who refused to press charges against Ahmaud’s murderers. Only when those people are jailed, will justice have been completely served. There are still too many loose strings.

Laura wrote
Thank you for clarifying the state prison piece.  I think it’s key to know he won’t be spending the rest of his life at Club Fed- makes me feel much better about the decision to bring him up on federal charges.