Thread: Collier County Public Schools “compromised” with the demands of Florida Citizens Alliance to put warning labels on books for saying “sometimes men like men”, being gay is no longer considered a disorder, and “pretending I was a boy felt like telling a lie” by Zinnia Jones sssss on twitter. 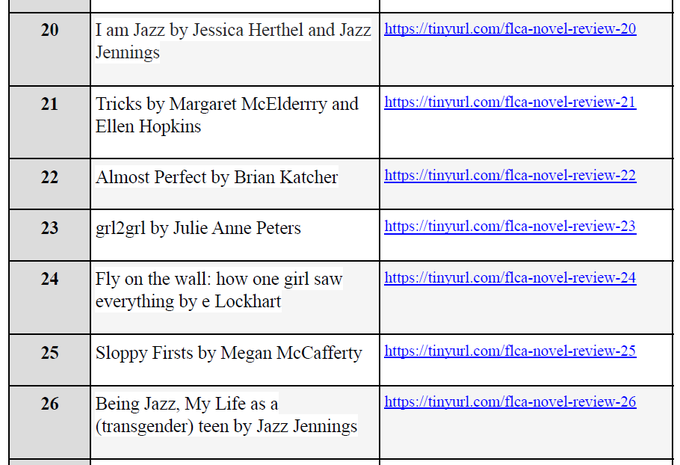 You need to think about that, because they’re thinking about that right now

Laci lied about me on here in 2017. She said even talking about cis men and their trans girlfriends consensually exploring what they like to do in bed was “creepy” and rapey, I guess because no one would ever want to sleep with us. Laci, I’d like to introduce you to the leopards

A “reviewer” for the Florida Citizens Alliance demanded “The Gender Quest Workbook” be banned. Under reasons, they listed: “LGBTQ”

Objectionable content in “This Book Is Gay”? “Sometimes men like men”, “Your sexuality and gender are very much individual things” 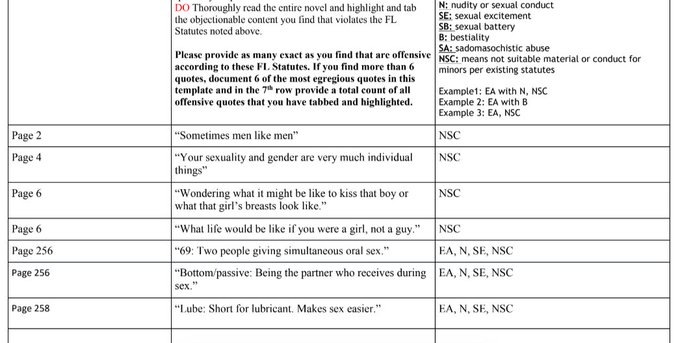 What else is too offensive for the people of Florida to bear? “Mommy packs a yummy snack. Mama rides me on her back.” 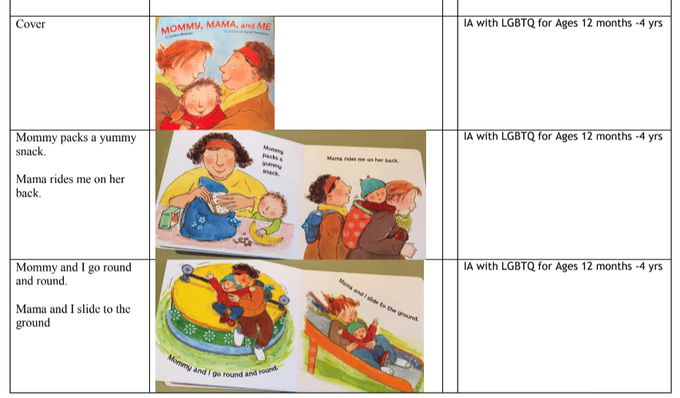 An example of “bias and indoctrination”: The statement that being gay is no longer considered a disorder in the DSM

Marked as “age-inappropriate”: “Pretending I was a boy felt like telling a lie.” How is that age-inappropriate when trans kids *are* that age, and this is by a trans kid describing exactly her experience at that age? 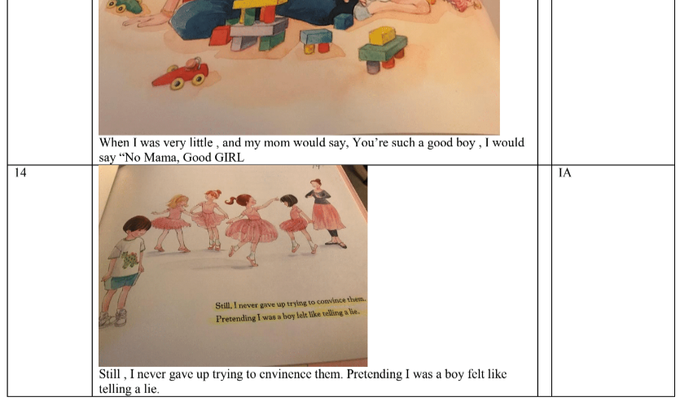 “I would not want my elementary age grandchildren checking this book, I Am Jazz out of a public school library . They have not been exposed to transgender lifestyles” The only way they can make sure of this is by making sure trans people don’t exist *anywhere*